Should I Have Stood My Ground? 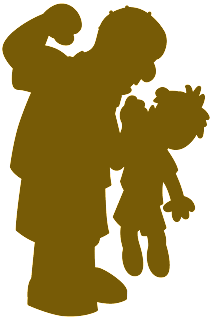 One of my favorite Peace Hour shows was my interview with Atul Kothari, founder of the Gandhi Library in Houston. It was one of my early shows and one in which I let people call in for discussions about peace. The shows topic was non-violence and Atul and I talked about the two icons whose work centered around non-violence--Dr. King and Gandhi. After talking for a while,  I opened the phone lines to take calls and our first caller offered the challenge that I believe we face each day. The man who called said that while he understands the theory behind non-violence, he challenged Atul to refute his thinking that if one of Atul's loved ones was in danger, Atul would use violence to save them. I will always remember Atul's response. It was my own lesson for that day as I thought about the times in the past that I had used violence in response to the safety of my children.

When my daughter was about 11 or 12, the boy next door--a man, really, as he was over 18 years of age--was roughly handling my daughter, grabbing her and throwing her to the ground. I remember that I flew at him and with a good right hook, punched him in the face. And then I pummeled him until he, too, was on the ground. The young man was about my size (I'm over six feet), but I didn't hesitate and I didn't think twice--I Defended My Child! With violence.

So, listening to Atul's response brought me back to that moment in time and I realized right then and there that I would have made a different choice that day had I a chance to do it all over again. First, before I tell you Atul's response, I want to tell you something that I do believe. I don't believe in violence, but I do believe that sometimes you have to fight. Ponder on that for a moment and we'll come back to it at the end of these musings

Atul said that you don't use non-violence as a tool or even a weapon, to be taken out when it serves you and put away when it does not. Either you live and are non-violence personified, or--you don't. Atul said that by living non-violence in every corner of your being, when faced with a decision to use or not use violence, your reaction will be prepared for the non-violent response. He then said, "You prepare for that moment of your greatest fear and you will respond properly when and if that time comes."

Our greatest fears. I can safely say that we all are afraid of something and mostly it fear against those we think different from us. Whether the fear is that gay marriages will end heterosexual marriages, or that if a black person or Muslim moves into the neighborhood, the neighborhood and the neighbors are in jeopardy. We fear Democrats and Republicans depending on which side of that fence you're on and then there are those who simply fear anyone who doesn't believe as they believe.

What are we preparing for? I know that there is a storm brewing. It seems that Mother Nature is emulating the storms within societies. The uproar is fierce and often without warning. The funnels of discontent appear and our arrogance and our own ineptness, fuels the unrest to the point of violence. Every political commercial seems to bait the other side to come up with something more vile than the last one. Still, no matter that people are clambering for someone to have some sense in the matter--a savior if you will--they refuse to recognize their own culpability to this mess.

How do we prepare for the storms? By embracing non-violence. Remember I said that I believe that sometimes we have to fight? The idea of that word to peacemakers seems to be abhorrent, but a fight is a struggle and struggle we must in order to effect change. Do we not think that both Gandhi and King fought for something? They did. Freedom. But, they didn't just fight for freedom and equality for one or even just for their own, but for all. That's the key.

Last week I'm standing outside of Marshalls with another woman--a woman like me. Black. Anyway, I'm conscious of people going in and out of Marshalls and have attempted to be out of the way of pedestrians navigating the walkway. We had talked about 15 minutes when a man and a woman (I assumed man and wife) have to walk single-file to get by on the sidewalk. Just as the man passes me, he reaches back and hits me on the arm.

It wasn't a hard hit, but it was vicious. I looked at the woman I'm speaking with and asked, "Did he just hit me?"

Just as I said that the man looks at me and glares as if daring me to do something about it. I did. I laughed. The man kept walking and continued to look back and I laughed harder. He hurried away. The woman I was talking with turned out to be a Federal agent and she said, "I'm glad I saw that. I've been talking with my colleagues and superiors about this." The this is the violence simmering on the edge of America's sanity and this was just a prime example. The other this was my response. Should I (or could it) have used a stand your ground defense after I pummeled this little man to the ground? Should I have responded by hitting him back? After all, he hit me first. Right?

Wrong. But I am fighting back. The pen has always been mightier than the sword and unless we talk about these things, find ways to batten down the hatch, we will not survive this storm. Putting that old man on the ground would have proven one thing. It would have proven that I was stronger. It might have even proven that I was in the right to some, but I would not have been. Now, I could have taken a step further and confronted him, but I realized after I looked at him that he was an old man and that he might not have understood. It didn't matter, but then later I considered that it might have served as a way to let him know that he might hit the wrong person and the response would not be the same. Hindsight is sometimes 20/20, but other times, its just a way to reflect further.

Personally, I think I did the right thing. I looked him in the eye. I didn't return evil for evil and in the end, the person who witnessed it was given another example of what those charged with the safety of the public must address. We don't have to wait until a child is killed to understand that there are those willing to do violence to solve the problems of the world and that on the other side are people like me who are not willing to use it to respond.