Getting the Job Done ... 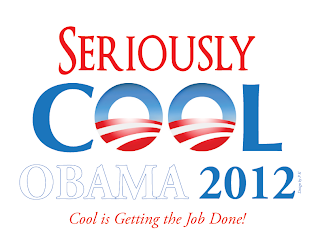 Well, they came out swinging and yet ...

There is still much work to do. After listening to the men these past two nights, I admit that I was more impressed with some of the women (we'll get to Clinton later). With individuals such as Michelle Obama and Lilly Ledbetter--I knew that the conversations that needed to happen are happening. Still, we're lacking in some basics. The Republicans have done a good job of pointing the fingers at Democrats as not aware that it IS the economy, but they have also done a good job at casting Democrats as just envious of the Right's ability to succeed. It's a smoke screen though and I believe that while there are the 99% there at the convention, as one friend pointed out, the real conversations of the 99% are lacking. Why? Because in pointing the fingers at the Republicans, we'd have to point them at the Democrats as well. The 1% is not made up of just Republicans and we must acknowledge that there are those on the left and the right who collude with one another to keep us in this mess America finds itself. No one is blameless and while politicians are known for there ability to incite their constituency, they also demonstrate an unwillingness to build a better America for all.


Women like Lilly Ledbetter and Sandra Fluke did an amazing job of telling us why women will have it better with Obama than Romney, but the show stealer was Sister Simone Campbell, who is the thorn in the side of the vatican as they demonstrate (successfully) what sisters married to Christ are called to do--raise cain and abel. Still, nothing so far has raised my hope more than when military mom Elaine Brye with sons who are all (except the youngest) now in the military, introduced the First Lady. She explained that Michelle and Barack care about them (military families) and while there are those that the Republicans would say don't feel cared about because of this administration's failures (we'll get to that later, too), Elaine shows us what we don't always see in the media and the blogs. We care more about what Michelle is wearing than what she does. What some learned last night is that the First Lady had a clear set of goals that she was going to do and that she has and is doing them.

I think sometimes we do forget that there are human beings behind the mask of politicians. While we can point the finger at those we are already against--Romney for one--he is a father and husband. Don't throw out the baby with the bathwater here. Acknowledge his failures, but it looks like he was a pretty good father. I've listened to a couple of his sons speak and I don't think of them as the "you-know-what" (expletive) that their father is. Whether we are more drawn to the Obama's story than the Romney's (and vice versa), the human element is often what we forget. In the end, however, what we find fault most with politicians is THEIR unwillingness to see that the decisions they make affect a person. I have to add here that "corporations ARE NOT people."

Albeit we limit our thinking to one or two issues that are important to us, we, as citizens of this Nation, must be aware of all the issues and how those issues affect the strength of this country. If you are against gay marriage for religious reasons, you have to learn that policies of human rights and equality are not always of a religious bent, but a justice one. President Obama had it right when he said he realized that his own daughters were friends with children who had two mommies or two daddies and that they were each citizens of this country and entitled to fair treatment. Of course, this will set up a maelstrom of responses of those who would disagree with the president and with me right now, but don't just focus on this one issue is all I'm saying. You don't have to compromise your principles or beliefs in acknowledging the rights of others. Think on it.

When Michelle came out after being introduced by Elaine, she said that it was an extraordinary privilege to serve families in the military and that she has met the best of America.  I think that if you go out and greet the people and not use them as fodder for the next ad, you might just realize all that is at stake. Yet, what I realize most is that being in the military for some families is an honor, such as Elaine's brood who all serve (except one--but who probably will), but that for those who think of it as an honor, we need leadership that will not put those sacrifices to the test in areas where we should not be. But, that is only half of the conversation. Our America was built on the foundation that we would serve as an example of democracy and WE HAVE TO TALK ABOUT THAT RESPONSIBILITY. If we don't want our children dying for causes that could be better served with diplomacy, we should be aware that there are others dying not American and that we share a responsibility to them as well in our decisions to go to war.

Michelle talked about her unwillingness to pursue a run for the presidency with her husband, but once she accepted the challenge, she knew her first job was to learn how to keep their children grounded under the glare of political scrutinies. She wanted normal and didn't want that to change, but it did. She gave her daughters a chance to grow, bringing her mother to the White House to live with them. That's what families do and that is who they are.

Towards the end, Michelle said something that resonated with me; that being president doesn't change who you are. It reveals who you are. It's a life where those high stakes that have no margin for error, are made and this president has made them. It is not always the right decision, but it is the best decision that he could make with what he knows. Were there some miscalculations, some detours that have to be and are yet to be righted? The weights of death and destruction are no easy burdens. But, this presidency, according to the Republicans is a dismal failure and I take exception to that on so many levels. I have never said that I agree with everything this president has done, but neither have I disagreed with everything that other presidents (who I didn't vote for) when I've looked at the bigger picture. I may not have liked it, may have wished it could have been different, but I can see a decision for what it is and leave it at that.

And that brings me to the Clinton speech that allowed us to look at this so-called failure of this administration. Clinton's speech hit home because he did what the Democrats should have done all along. From the beginning there were those in the Republican party who made a conscious decision NOT to work with President Obama. Moreover, they flamed that decision with pundits like Limbaugh and Hannity and Fox News. And there were Democrats who colluded with that thinking for various reasons, which in some ways is difference between Republicans and Democrats. And while I could give you quip after quip of Clinton's firebrand sermon (he hit the nail on the head so many times, he built a ship), the bottom line is that we as Americans know that. We ALL know it, but there are those who have a problem with a black man being president. Pure and simple. Clinton called this attack on this presidency what it is--HATE.

In the end, HATE has been allowed to cloud the judgement of some of us here in America. Deal with it. And if you want to know the biggest reason that you should not vote for a Republican president, this is the one. Anytime your actions are so fueled by hate, it means that you cannot lead. Take a bath, Republicans because the hate stinks to high heavens. Learn that if you loved this country and the Americans you say you wish to serve--love should conquer hate and it hasn't. So, what that means is that you don't love this country as much as you say you do and you certainly don't love Americans.

Tonight is the night we wrap it all up, but the conversations? Well, they are just beginning. 60 Days and counting. Remember--cool is getting the job done. Re-elect President Obama.