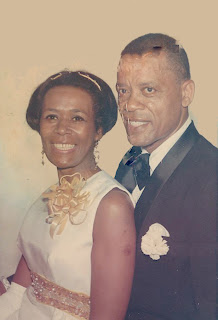 The Cheerios commercial is trending these days as biracial and multiracial children are speaking out about seeing "themselves" in marketing ads. But in truth, the beauty of the ad wasn't that Cheerios was trying to build a new market ("Hey, did we forget that not every father and mother are from the same ethnicity? We gotta get us some of them!") Instead, it was about a little girl who wanted her father to live a long time, so she put Cheerios around his heart because she loved him.
There were several ways to look at this commercial and most of them valid. What age was the little girl? Five or six? Had she heard something that made her think that her "Daddy" needed some extra loving around his heart? To make his heart stronger? She didn't equate Cheerios with "eating." That might be one way of looking at it, but I'd like to think that the marketing company has more than just white people making up ads these days and that as you get older and wiser, you start looking at all the ways "family" looks like. Smart. Period.
I never thought of myself as multi-racial. We were simply black. And in many ways, people will see that child as black no matter who her mother is. Same with the President of the United States. He's black although you have those who deny it. Still, I'm not going there. Truth is that race is not "color" ... but I'm not going there either. My mother was considered "dark", my father "light", but look at them and you'll see that's not quite true of either of them. And what did they create? They created a rainbow of colors (we ranged from that "light" to "dark") and we were ALL their children, but what people would say to us is what bothers me most in hindsight.
Remember this:
White-alright
Black-get back
Brown-stick around
We have not evolved enough to see a wonderful commercial about a little girl and the promise of eating Cheerios. Hey, the Cheerios animated bee does as much for me as this commercial, but we aren't making rude and obnoxious comments about the bee commercial. Only this one. "Disgusting," was one post. "Made me sick," another. What was most wonderful is that the response (from my count) was almost 5 to 1 of those who loved the commercial and wrote off the others' use of profane commentary. Hey, it probably did more to boost sales for Cheerios than anything.
Are we to believe in a world that doesn't look like any one dominant culture over another? Well, we should because the world has always been this way, just lacked acknowledgement of the fact. Finally, I can feel a sense of progress with the ads that show families as they are, rather than just a dominant culture (nee white) being "cute" and "funny" and inspirational. Today the Cheerios ad represents that acknowledgement and for that I say "Kudos, Cheerios. You do make for healthy hearts."