STANDING UP TO UNSCRUPULOUS LANDLORDS 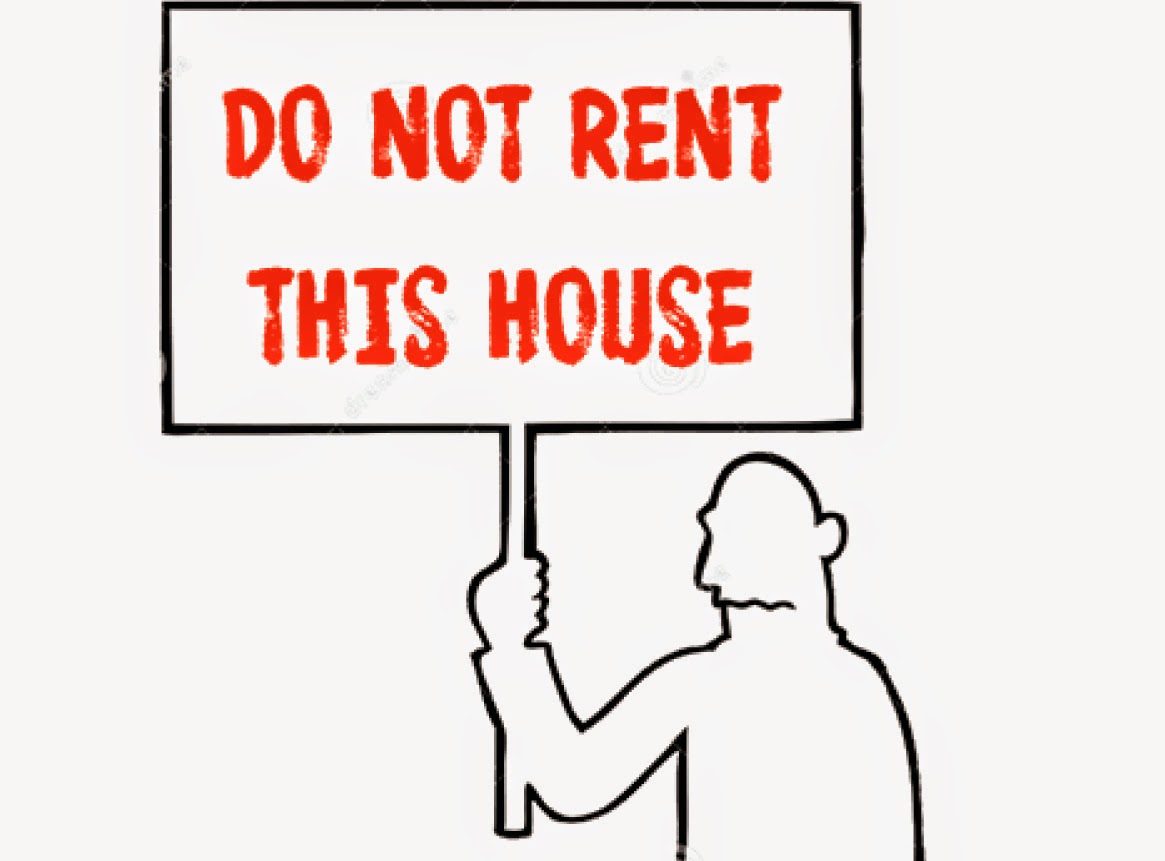 WARNING: HOUSE IS HAZARDOUS TO YOUR HEALTH AND WELL-BEING
Writing this gives me no pleasure, but it does give me some satisfaction. Some might even say that I am bitter because I lost in court on some key points, but that would not be true at all. In fact, I think I had a tremendous victory over the individuals who own and rent this home as it is finally out just how unscrupulous and ruthless individuals can be when they put property over people; when from the beginning, their goal was make it impossible to live in conditions I didn't see in Third and Fourth World countries (places I have been to) and to keep our deposit. So, here's the letter I'm writing and if you are a landlord and see yourself, STOP and think about your integrity and ethics as the foundation of society (or that it should be) and change what are ... very bad habits.

Dear Former Landlord:
I live and work in Third Ward Houston. I chose to live in this part of Houston for several reasons, but the most important one is because of the work that I do. I also live with my child who works hard every day in providing most of the sustenance that it takes because my work is with a non-profit and my dollars are shorter than hers (by the way, daughter ... thank you). That said, when we found the house that this blog is about, we were ecstatic because it meant I could be close to work (being able to walk on good days) and that I would have a separate dwelling from the house. It never happened.
Before agreeing to take the house, my daughter and the realtor went through the house where several things were pointed out, including the fact that the air conditioning was not working and several other problems such as doors needing to be replaced, locks fixed. However, what is most interesting is that the walk-through masked bigger problems that weren't realized until after living in the house. Needless to say, the day we moved in, what was promised to be done ... wasn't. Moving is arduous enough, but finding that the air condition didn't work and having to take time off work to wait on the professional to come and fix it should have been the first clue of what we would be up against, especially after closer inspection, we found a plethora of other problems. The place wasn't cleaned, the mother-in-law space smelled like animals. The locks didn't work, a window was broken and we couldn't secure the house starting on day one. 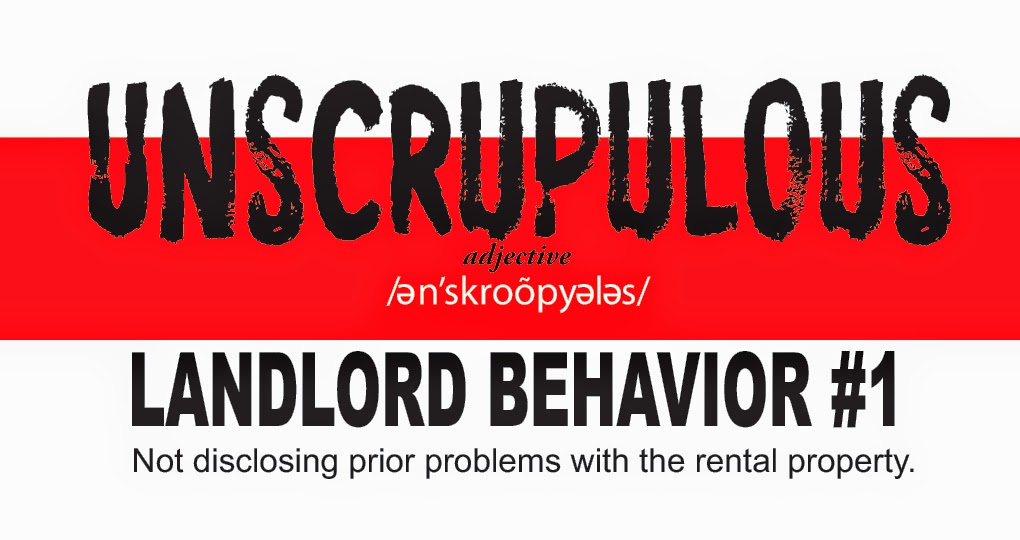 The walk-through of potential tenants is an important step. There are 10 steps that renters should know and do prior to move in. We did them ALL, but when unscrupulous landlords mask problems and hide their intent, insanity ensues. There are remedies, but all in all, the system is slow and costs money. Documenting everything with pictures and letters, calls to realtor and to the landlord (a mother and daughter duo), we realized after two weeks that we didn't want to live there. We did, however, want to live in Third Ward Houston and with the current gentrification, rents are higher and dwellings harder to come by. After sending our FIRST of several certified letters, we were promised that things would be fixed, but then the nightmare really began. 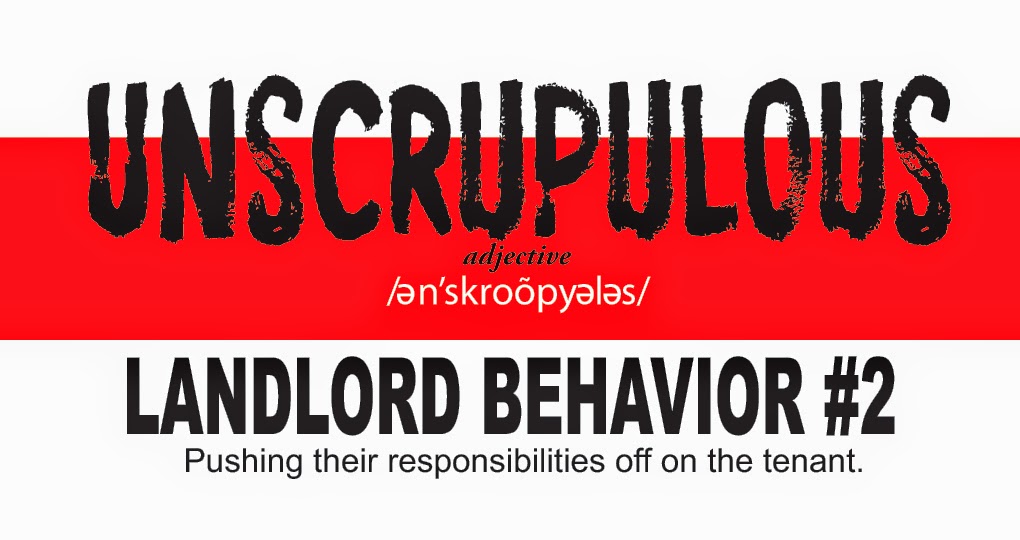 The fixing was slow, but never truly materialized. April was a cold month and we found we had no heat. One night was so cold that it triggered a Lupus attack. Later my RA went into full flair attack, over and over again. Living out of boxes because we could not live there, but were unable to move, was a nightmare. Working through it all, we tried and tried to get you to bring your property up to standards, but in the end you used every tactic (and I'm learning that these tactics are straight out of the slumlord handbook. 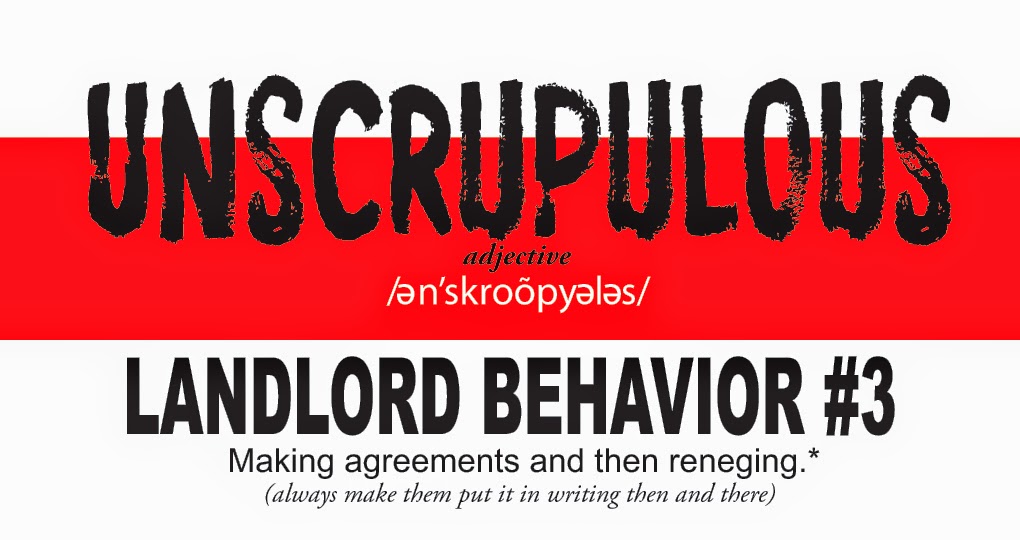 And while I can't give this address as we are still adjudicating, I go on record with declaring that your property should not be rented to anyone else. We are not the first tenants to go through this. I am not even the second tenant to go through this. When one learns that the problems you are having are the SAME problems that former tenants had, then something must be done. When the people who work for the landlords are willing to share that the landlord cannot afford to fix this house, God is trying to telling you something. So, it is some small satisfaction that in today's world of internet, the TRUTH can be told.
After sitting in the courthouse and listening to the judge declare over and over again, "judgement for the plaintiff" in eviction notices because tenants 1) may not have been properly served, or 2) tenants felt that they had no choice, but to give up the apartment or house and not fight the system, I realized that the system doesn't always work and that it is time to give renters a way to stand up to the tyranny of unscrupulous landlords and shady lawyers. Even after hearing from the judge that yes, I had to pay one month's rent, you could say that I was angry, but I get it. Her hands were tied as most justices of the peace are in small claims court in Houston, Texas. Even though the landlord had unscrupulously served me at a house I didn't live in, I was considered served because I accidentally found out about it before the court date. But, I hand it to the judge. She didn't award attorney's fees and she didn't allow those other costs that they tried to attribute to us. It was cut and dry, so to speak, but it did give me more to stand on than I realized. 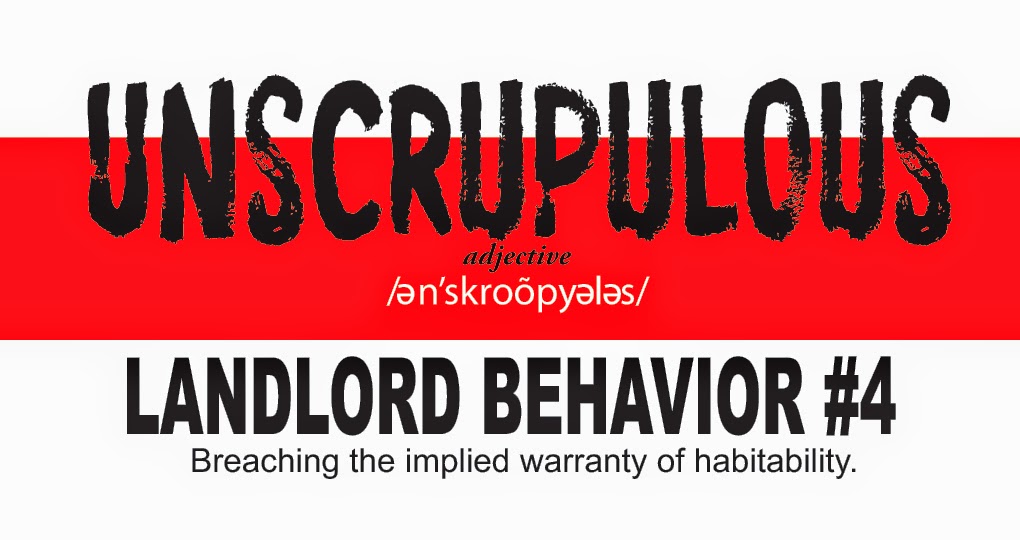 We are pursuing this with everything at our disposal legally, including writing about it here to educate tenants of their rights. Moreover, the stories from the former tenants need to be shared to substantiate that this is an unscrupulous pattern of doing business. At some point, someone needs to create a more comprehensive way for tenants to fight against this system of greedy landlords and you should know that several members of the community are working to do just that. The major problem is that there does need to be more affordable housing and while I am able to pay a higher rent, many are not. And when rent is a huge chunk of your income and landlords have overpriced the property and then won't bring it up to basic standards, many just cut their losses and move. If I am going to pay premium prices for housing, I am going to live in a house worth that price.
You are not the first landlord to seem to get away with bad behavior, but know that BAD BEHAVIOR CANNOT BE REWARDED forever. Karma has a way of evening things out and in the end, JUSTICE MUST BE SERVED. Count on it.