"Your silence will not protect you ... for we have been socialized to respect fear
more than our needs for language and definition, and while we wait in silence for
that final language of fearlessness, the weight of that silence will choke us."
--Audre Lorde 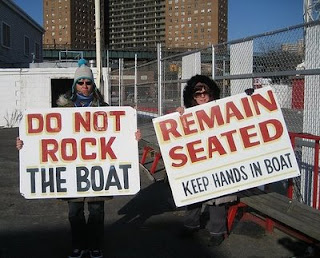