When we agree to disagree ...

What a bunch of hooey! 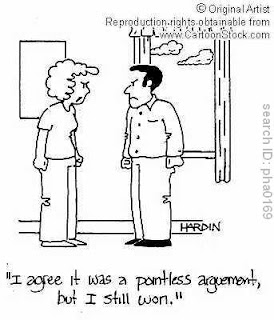