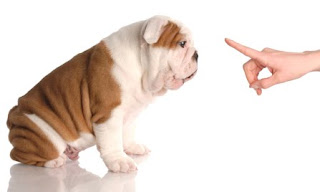 Okay. The picture is none too subtle, but the sentiment works and forgive me, the picture makes what I'm about to say funny. Still, before you get too into the picture, let me tell you the genesis of the title and hence, this story.
My friend Inez works in the Church and does anti-racism programming. She was asked this question: How do you keep from getting pissed off. Inez is Latino and working in a Church that might be considered significantly "white." And therein lies the rub. Why do we define groups by being predominantly one ethnic group or the other. No one ever says, "It's a human church." No we have to always point out--not the diversity--that would be okay. Instead we point out the disparities, in part because there are so many disparities we feel we have to overcome.
Anyway, when answering the question, my dear friend looked at her heart and told us that she leads with her heart when doing anti-racism programming. What I noticed was that she didn't quite answer the question, so I, as her friend, reminded her that there was no commandment that said, "Thou shall not be pissed off." The reason is that I've noticed from my sisters of color that we spend a lot of time trying not to seem pissed off when we actually have something to be pissed off about. I know. This ain't sounding very peaceful, but as I've been taught--sometimes we do bring a sword to the table because divisions abound until we talk about them and actually do something about them, too.
When my show was cancelled at Pacifica, I went to the Board meeting with a bat. Not to swing it, but to make a point. One, I could swing it. Two, I probably would be good at swinging it, but while there is no commandment that says, "Thou shall not be pissed off" (Yes, I like saying this!), there is one that says, "Thou shall not kill (or maim, or strike either). Still, this did bring about some real conversation which leads me to the title of this particular blog.
One woman said, "Treat 'em like they don't know better." Her point was that you have to give them some slack in the learning curve of race. Some people just don't understand that there are other ways for us to connect. Better ways, if I may. When I saw the statement, I so resonated with it because isn't that what Jesus said after they crucified him. "Forgive them for they know NOT what they do."
So, while I might get pissed off every once in a while, it's my problem to solve. In fact, when I think of treating 'em like they don't know better, I realize that I can actually show a little more compassion. And when I show compassion, I can forgive--a lot! And when I forgive, including myself when I get pissed off--I'm following the greatest commandment of all to love another as God loves me.
Amen.