The Greatest Weapon of Mass Destruction ... 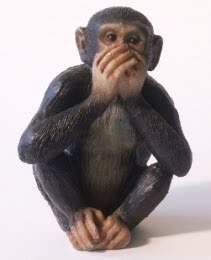 The credit for this statement goes to Rev. Deb at Inner Light Ministries in Soquel, California

Yesterday I was treated to the type of sermon we should all get every once in a while. Now, I love a good sermon. A good sermon makes you think, reflect, but a good sermon teaches and gives you a mirror by which you look, see and change. I admit, I don't like sermons that PREACH at 'cha. For me, that defeats the purpose. The minute that type of preaching starts, you ... 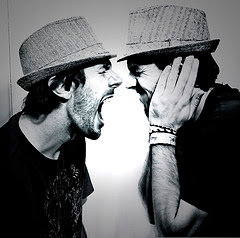 I don't want anyone thinking that preaching is bad. As I said, I love a good sermon. Well, I like good lectures, too. What it boils down to is the message and you can't give a message unless you engage. Okay, I'm gonna mention them only because they're such good fodder for this point. The folks in the bully pulpits. That's right. People like Rush! Savage! "Pat 'em Down" Roberts! to name a few. What makes a good message is the messenger who is not afraid to engage. These guys, they don't engage. They sit behind a mic or in front of a camera and they pontificate. No real substance, but dangerous nonetheless. Their mouths need disarmament strategies.

When Rev. Deb said that the greatest weapon of mass destruction was not nuclear weapons, but ... pregnant pause ... YOUR MOUTH! I immediately got out my pen and paper. This was gonna be good. The woman next to me saw me with my pad and asked is I had a pen. I gave it to her and watched her writing along the edges of the church program--copious notes--like mine. I gave her several sheets because I knew that she knew--this was gonna be good! We were not disappointed.

You know as a peacemaker (yes, I'm still one), I struggle. I admit it. I'm a strong,  6'3" amazonian woman and I struggle. I need substance. Food for the brain. Food for the heart. Peacemaking is work and I must stay prepared and ready. That's why the message on Sunday was so fulfilling. It turns out that this month has been about faith. If I know one thing, peacemakers need a strong faith in the inevitability of peace! Not, the possibility. Not the probability, but the inevitability. Peace isn't in the future. Peace happens every day! EVERY DAY!

The problem we've had with those in the bully pulpits is that they make their money making people miserable. You gotta watch out that this one and get rid of that one. This we're better than you talk is getting old. Stop it! But, then what I was reminded of yesterday is that I've made the folks who control their bully pulpits into mountains. Bigger than they are! I want 'em gone and I want them gone now! That's wrong. YES--It Is!

See, we need them. Yes, they are deceivers, but are you fooled? And if you are sometimes fooled with their facts, then you need to get better prepared. Study. Work out (mentally, physically and yes, spiritually) and know the divine truth of our existence. We have the potential for mass destruction or mass creation. EVERY DAY we're building cultures of peace. I saw it yesterday at Inner Light. I see it on a day-to-day basis when I take the time to look. But, you know why, most of all, that I believe? Why I have faith? Because I am changing into the type of peacemaker who can see it no other way.

Today, we celebrate the life, the vision of Dr. King. I met him briefly when I was 14. Less than six months later, he was dead. I didn't understand the magnitude of that meeting. Anymore than meeting and working for a week with Barbara Jordan. As a child, I believe that I thought peace didn't happen until we got to heaven. So, that meant there would be no peace until I died. Well, let me tell you--believing that will thwart attempts to live in the now! And what I know now is that Heaven is not a place, not a concept, but a practice. And, while our mouths can be weapons, it can also be a powerful tool. Rev. Deb said it best. God gave us the power. She said that she wouldn't have and I understand that because the power is all of ours, including those who use their voice as weapons. But, we're free, all of us and choosing peace is the alternative.

So, I'm naming and claiming peace. I know it's hard work, but you better be warned. I'm working out every day and honing this body, mind and spirit for the every day of peace. Join me? Then get prepared.